We left Barstow and drove just a couple of hours to Los Angeles. The motorway was huge and really congested except for the carpooling lane… to be able to drive in that lane the car needs to have a minimum of two people.  Perfect!

We were staying in Santa Monica which is the end of Route 66, so the perfect location for us. After checking in, we were staying at the Meridian a clean and unpretentious hotel,   we went for a lovely long walk to Venice beach. I had this romantic vision of a beautiful seaside resort, modern yet quirky. More like Camden by sea. We tried to find a nice local bar, but all we found were high street brands which are in the UK, so we walked back to Santa Monica. On our stroll back I heard an English couple behind us. He was obviously throwing a wobbly about how bad the exchange rate was because I over heard her say ‘don’t let the exchange rate ruin our holiday’. this was just hilarious… the pound was in fact at it’s all time low…  but this was definitely not going to ruin our holiday. 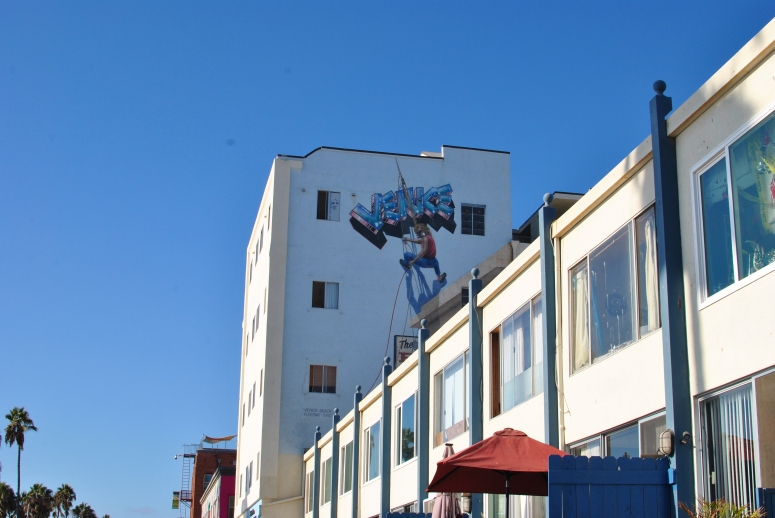 In Santa Monica there were plenty local bars and restaurants. The atmosphere was really buzzing. As we were walking around I started having sharp pain to the right side of my abdomen. A really bad appendix attack…. this is not what I needed on holiday! Hopefully it’ll be better in the morning after a nice cup of peppermint tea that set us back $17 ! Gulp!

Feeling just a tiny bit better we headed off to the Petersen Museum. Founded by magazine publisher Robert E. Petersen and his wife Margie in June 11 1994.  This is one of the largest collections of cars in the world. This striking modern building was designed by Kohn Pedersen Fox Associates.  If you love cars you really shouldn’t miss it. If you love films you really shouldn’t miss it.

This was Walter White’s car in Breaking bad! As you can tell I love films and TV. Biagio on the other hand loved the old classics. 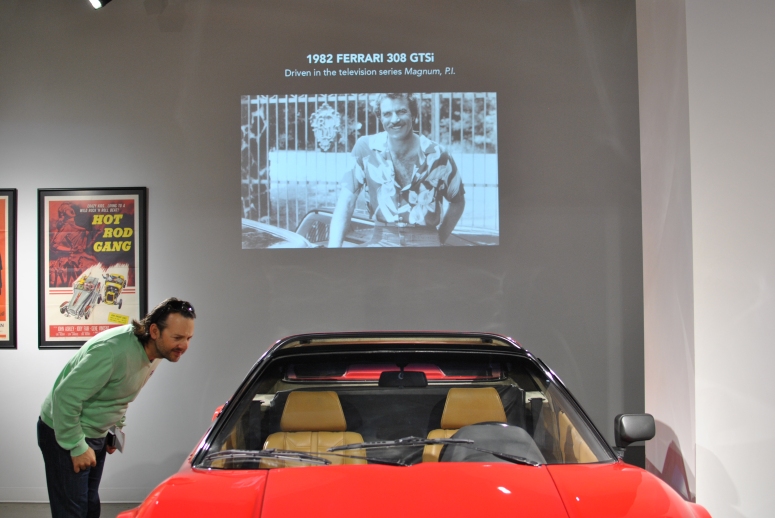 With an exception … well who didn’t drool over Magnum PI’s Ferrari? The boys wanted to drive his car and the girls wanted to be sitting next to him! 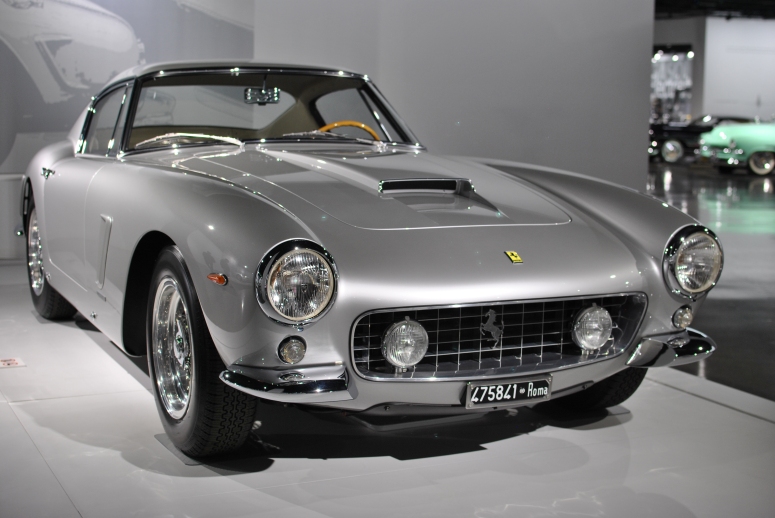